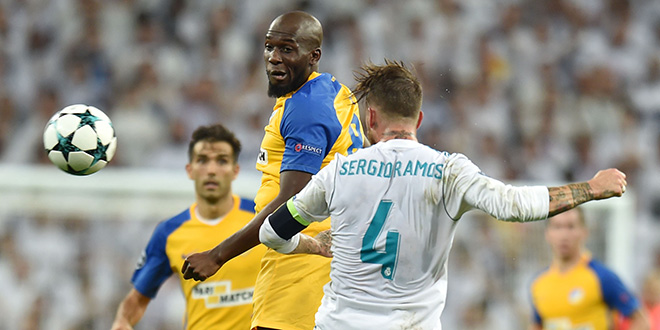 Real Madrid CF had a rude awakening on matchday four, but the holders are still well placed to reach the UEFA Champions League round of 16 for the 15th season in a row as they visit APOEL, who are still harbouring faint hopes of a surprise qualification of their own.

• Madrid won their first two Group H games, including the 3-0 home victory against APOEL on matchday one, but picked up just one point from their two fixtures against Tottenham Hotspur FC and are second in the section on seven points, three behind their English rivals. Zinédine Zidane’s side nevertheless hold a five-point cushion over both APOEL and Borussia Dortmund, and will qualify if they win, or if they draw and Dortmund fail to win at home to Tottenham.

• APOEL’s situation is simple; they must win to stay in contention for a top-two place.

Previous meetings
• The teams met for the only time before this season in the 2011/12 quarter-finals, with Madrid posting a comfortable victory. Three goals in the last 19 minutes of the Nicosia first leg, from Karim Benzema (72, 90) and Kaká (82), put the Merengues in command of the tie; they followed up by winning 5-2 at home with Cristiano Ronaldo scoring twice and Kaká, José Callejón and Ángel Di María once apiece. Gustavo Manduca and Esteban Solari were on target for APOEL.

APOEL
• The Cypriot club’s record against Spanish sides is W1 D5 L11; at home W1 D4 L3. That sole win can in the most recent encounter, a 2-0 defeat of Athletic Club in last season’s UEFA Europa League round of 32.

• At home in this season’s group stage, APOEL have lost 3-0 to Tottenham and drawn 1-1 against Dortmund.

• The Tottenham defeat and a 1-0 loss to RSC Anderlecht in last season’s UEFA Europa League round of 16 are APOEL’s only reverses in their last 13 European home games – nine of which ended in victory. Those two defeats and the Dortmund draw featured the only goals APOEL have conceded in their last nine home fixtures.

• APOEL have not won a match in the UEFA Champions League, group stage to final, since beating Olympique Lyonnais 1-0 in their round of 16 second leg on 7 March 2012. Their subsequent record is D2 L9.

• APOEL won through from the second qualifying round to reach this group stage, beating Luxembourg’s F91 Dudelange (2-0 on aggregate) and FC Viitorul of Romania (4-1). In the play-offs they overcame SK Slavia Praha 2-0 at home before a goalless away draw.

• Thwarted in the play-offs by FC København 12 months ago, APOEL went on to finish first in their UEFA Europa League group, subsequently ousting Athletic 4-3 on aggregate in the round of 32 before losing to Anderlecht 1-0 both home and away in the last 16.

Real Madrid
• Madrid’s first away game in Group H was a 3-1 success at Borussia Dortmund on matchday two, but they lost by the same scoreline at Tottenham last time out.

• That means Zidane’s team have lost two of their last three UEFA Champions League away games. A 2-1 defeat at Club Atlético de Madrid in last season’s semi-final second leg (4-2 aggregate) ended Madrid’s six-game unbeaten away run in the UEFA Champions League (W3 D3). They have now lost three of their last 14 away matches, the other a 2-0 reverse at VfL Wolfsburg in the 2015/16 quarter-final first leg; they won seven of those games.

• The Spanish team have a perfect record against Cypriot clubs, winning all seven previous contests and scoring 37 goals while conceding only three. Away from home their goals tally is 17–0.

• In 21 previous participations in the UEFA Champions League, Madrid have never failed to progress to the last 16.

• Madrid finished second in their group in 2016/17, behind Borussia Dortmund – the first time since 2012/13 they had failed to top their section.

• Champions of Europe for a 12th time in 2016/17 – courtesy of their 4-1 final win against Juventus – Madrid are aiming to become the first team since FC Bayern München in 1976 to claim three successive European Champion Clubs’ Cups. AFC Ajax (1971–73) and Madrid themselves (1956–60) are the only other sides to have won three or more in a row.

Coach and player links
• Zidane scored the opening goal in France’s 4-0 victory over Cyprus in a 2006 FIFA World Cup qualifier on 12 October 2005. Stathis Aloneftis was in the visiting side.

• Gareth Bale got the Wales winner against Antreas Makris’s Cyprus in Nicosia in a UEFA EURO 2016 qualifier on 3 September 2015.

• Igor De Camargo was in the KRC Genk team beaten 6-0 at Madrid in the UEFA Champions League first group stage on 25 September 2002.

• Roberto Lago made 194 league outings for RC Celta de Vigo between 2007 and 2013 before moving to Getafe CF. He played 52 times for the Madrid club over three years.

• Lago’s record against Madrid with Celta and Getafe was W1 D0 L5. The sole win was a 2-1 Celta success in a Copa del Rey fifth round first leg in December 2011; Madrid won the return 4-0.

• Jesús Rueda was at Real Valladolid from 2007 to 2015, spending 2009/10 on loan with Córdoba CF. He played at the Bernabéu twice, both times for Valladolid; his side lost both matches, conceding four goals in each. 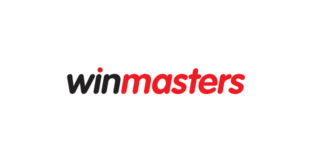 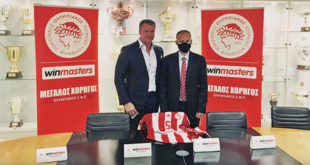 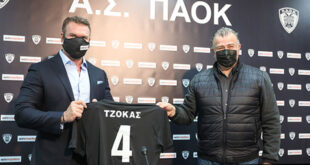