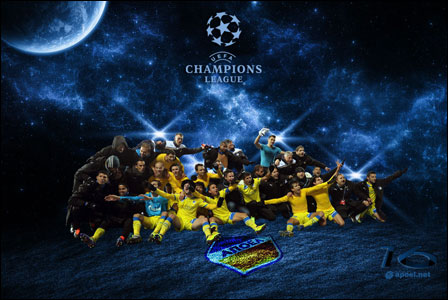 APOEL are a rare case in Cyprus, their pokerfaced manager Ivan Jovanovic is arguably the only top-flight boss who has insisted, since his first spell at the club in 2003, on not chopping and changing his squad year after year while also implementing a clear philosophy of short intricate passing and rapid movement off the ball. Their unique playing style along with their astute transfer policy helped guide the ‘Oranges’ to their first ever Champions League appearance in 2009 and despite not amassing a victory his side was back again last season.

Jovanovic brought in a few fresh faces such as ex-Barcelona B goalkeeper Urko Pardo and Brazilian center-back Kaka from Braga but did not have the financial muscle to compete with other Champions League clubs as APOEL’s total running expenses in 2011 (€9m) exceeded their revenues by €3m.

The majority of Europe and perhaps a large part of the APOEL faithful wrote off the team’s chances of going beyond the group stages after being drawn with Zenit St. Petersburg, Shakhtar Donetsk and FC Porto, teams who had all won the UEFA Cup/Europa League in the previous four campaigns.

Yet a 2-1 win against Zenit in Nicosia in the first game week, followed by two 1-1 away draws at Shakhtar and Porto made the continent stand up and take notice. The unthinkable became reality soon after as a 90th minute winner at home to Porto meant they only needed a draw from their next game away to Zenit, which they duly achieved.

There were no doubters by the time they had dealt with Lyon, the French giants were making their ninth consecutive appearance in the last 16 but APOEL were not phased and managed to level the 1-0 deficit from the first leg at Stade Gerland and take the tie to penalties. Veteran goalkeeper Dionisis Chiotis, who at 34 only managed a little over 150 first team appearances in his career before joining APOEL, was the hero after saving two penalties to take the minnows to the quarter finals.

Eventually, they were knocked out by Real Madrid but their matchup with the European Cup’s most successful ever side really put their achievement into perspective. Their highest paid player, Esteban Solari, earns €400,000 per year compared to Cristiano Ronaldo who earns €13m while Jose Mourinho (€14.8m) earns 37 times the annual salary of Jovanovic (€400,000). Only four of the first team squad were actually signed for a transfer fee (a total of €1.4m), Ailton being the most expensive at €700,000 while the rest were free transfers or academy graduates.

Perhaps their Champions League run inadvertently hampered their league form; their second place finish at home means they will not take part in next year’s competition. However, their gamble of prioritizing on Europe was definitely a worthy one as their journey to the quarter finals of the Champions League  will go down as the greatest ever achievement of a Cypriot club and will most probably take a number of years before another team on the island goes close to doing something similar. 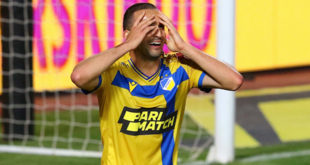 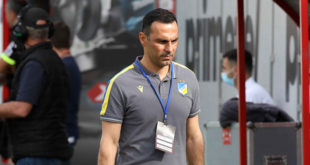